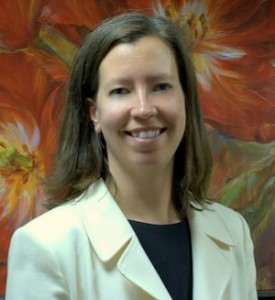 Over the course of the last decade, Sarah has handled a number of personal injury and civil matters for each client to achieve the the best possible.

If you need legal help in a personal injury case, employment discrimination issue or any other civil matter, Attorney Sarah Churchill is a thoroughly experienced attorney who can help you win your case.

Sarah is highly qualified to assist you in matters such as:

If you are a victim in any of these types of cases, please contact Sarah now.

The Law Was Designed To Protect You!

Some life-changing events are so derailing, they take years to get back on track. From personal injuries due to the negligence of another to employment discrimination cases that shift the center of your world, getting the right help is a must.

There are laws in place to protect you, but utilizing them to your advantage means selecting an attorney who has the knowledge and skills necessary to help you win your case.

You deserve a successful, effective advocate for your rights. For a fully qualified personal injury/civil attorney with plenty of experience winning cases such as yours, Sarah Churchill is the logical lawyer for you.

And remember: Personal injury and other civil cases are taken on a contingency basis. There is no charge to you unless and until we win your case.

Sarah Churchill was born in Portland, Maine, completed law school at the University of Maine, and was admitted to the Maine State Bar in 2002. Since then, she’s been in private practice working with clients just like you.

Over the course of the last decade, Sarah has handled a number of personal injury and civil matters as well as a number of criminal cases, working to get the best possible outcome for each client.

Always prepared to take the toughest cases to trial to help a client achieve the results you seek, Sarah has a never-quit philosophy that will not only help you get the desired resolution, but also help you get your life back on track.

In April of 2016 Sarah was named as one of the top 10 defense attorneys in Maine by NACDA and in March 2016 she accepted a position on the Maine Trial Lawyers Association’s Board of Governors.

Sarah’s past clients have seen her skill in and out of the courtroom. Take a look at some of these success stories:

Your Case Is Important!

Cases like yours are complex. You need a competent attorney who understands how to make certain you get the legal relief you deserve.

Get results when they matter the most. Contact attorney Sarah Churchill now for a free consultation.